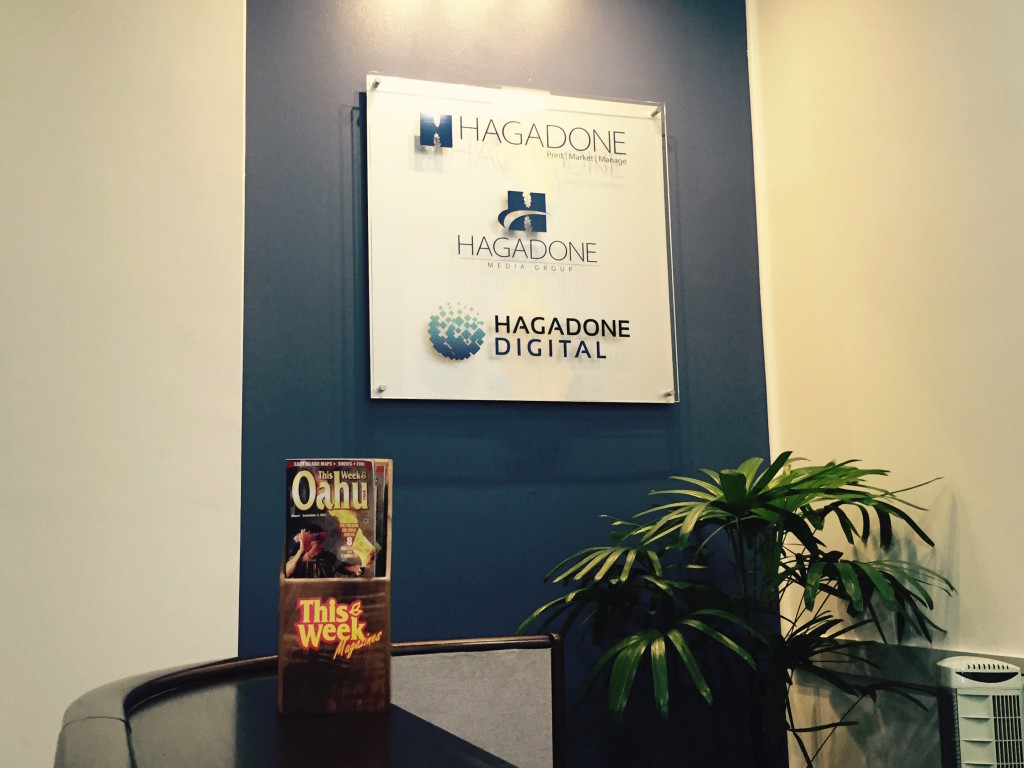 Founded in 1966, This Week Publications continues to lead the visitor magazine industry. We were proud to celebrate our 50th anniversary in 2016 and look forward to the next 50 years. Kent Coules comes to Hagadone Hawaii with 30 years experience working for and with publishing companies. He started his career as the Advertising Director of a community newspaper in Santa Monica, California and then worked in sales and management positions at the Bakersfield Californian, The Star-Tribune in Minneapolis and the The Star-Ledger in Newark, New Jersey. In his last position Kent was responsible for several advertising departments, including travel and tourism, and over $100 million in annual revenue.

Since 2006 Kent and his wife Ruth have owned and operated Coul Productions, an event management company that specializes in helping newspapers produce successful events, including travel shows. Kent, his wife and youngest daughter moved to Oahu in 2013, fulfilling a long term goal of living in Hawaii. His wife is part Hawaiian and his two oldest daughters chose to attend UH Manoa after growing up in New Jersey. Kent has a degree in Mass Communications from UCLA, enjoys all outdoor activities the Island has to offer and is a lifetime golfer. Hagadone Media Hawaii and its flagship publication This Week, Monday announced the hiring of David Baronfeld as Director of Sales effective

immediately. The announcement was made by Hagadone CEO Clint Schroeder. “We are pleased to have someone of David’s background and experience join Hagadone”, Schroeder said. “This Week and all of our current titles continue to grow in a variety of areas and we look forward to David’s role in his new position”. “This Week, Pleasant Hawaii and Hele Mai magazines are the heritage publications targeting the visitor industry in Hawaii and I’m proud to be joining the Hagadone ohana and team!” Baronfeld said. In his new role, Baronfeld will oversee ad sales management for Hagadone Media Hawaii’s print and digital publications. Baronfeld joins after managing ad sales for Viamedia, Hawaiian Telecom TV’s exclusive ad representative partner. During his tenure, revenues and profits increased substantially. Prior to moving to Hawaii, he was the General Manager of LA Angels owned Radio Station KLAA and a Senior Vice President at Westwood One Networks. Baronfeld has an extensive background in Radio, TV and Digital sales and has worked with broadcasters and media brands domestically and internationally. Dave is the Island wide representative for This Week Publications. He has a strong background in sales and marketing, having spent the last 15 years selling radio and digital advertising for both Disney owned radio, as well 8-years (2006-2014) with iHeartMedia in the Los Angeles market. After earning a BS from Cal Poly, Dave brings 25+ years of direct business to business sales and marketing and great understanding and experience to assist in creating effective marketing campaigns for This Week Publication clients on the Big Island. Yongchae Song was raised on Oahu and is a graduate of Kaiser High School, UH Manoa with a BBA in Marketing and an alumni of Pi Sigma Epsilon - Upsilon Chapter. Yong has worked in various advertising /marketing positions on both the agency and client side to understand the needs of a client. Yong join the This Week Publications team in 2011 as an Account Executive and was promoted to Senior Account Executive soon after. Yong has been on the Ad2 Honolulu Board for 6 years and has also served on the AAF-Hawaii Board since 2011. He was honored as the 2012 Outstanding Young Advertising Person of the Year during the Pele Awards. Lauren ​was​ born and raised in Southern California but decided to call Maui her home a few years ago. She started her career in ​d​igital ​m​arketing, where she spent the last 9 years with a ​digital media company​. In an effort to diversify herself, she decided to leap into ​p​rint ​a​dvertising when the opportunity arose with This Week. She is passionate about her work and loves meeting new people. When she has free time, she enjoys volunteering and pottery. Outside of work, her life revolves around her husband Matt and her two dogs, Stevie Nicks and Martini. Sharing everything — well, mostly everything! — about the Hawaiian Islands with our visitors is what Sarah does. As an executive editor, Sarah gets to work with a great trio of contributing writers for This Week Maui, This Week Big Island, Pleasant Hawaii Magazine and Queens' MarketPlace Magazine, while doing some writing of her own for This Week Oahu, This Week Kauai and our newest baby, Hele Mai Magazine. She is also also able to collaborate with a number of people that include sales directors, account managers, creative director and production department.

Sarah's greatest joys are: Travelling (She's all about roadtripping, and will one day do a year-long sabbatical in a campervan); Photography; Travel blogging and well...traveling! Richard oversees all website content and social media for This Week Publications as well as editing the print edition of This Week Maui. He has been a writer and editor for several local publications as well as a content manager and copywriter. Richard was born and raised on Long Island and has lived in Hawai‘i for over half his life pursuing his love of writing, food, comic books, and his girlfriend. Chase is involved in all aspects of creative design for the This Week Publications profile. He has been a design lead for a variety of marketing communications including media kits, e-blasts, and sales promotions. He achieved his BA in Advertising at Hawaii Pacific University, he continues to harness his passion for creative work in all the projects he is assigned to. Edwin Chung joined the Hagadone family of companies in 2007 focusing on the Hawaii Publications Division. Prior to joining the Hagadone family, Ed served as the Accounting Manager for Arcadia Retirement Residence and its family of support organizations. Ed graduated from the University of Hawaii with a BA in Business Administration and majored Accounting. Years later, he returned to the University of Hawaii to earn his MBA and graduated with honors. Ed holds a CPA license.

Experience has proven that a powerful distribution program is key!